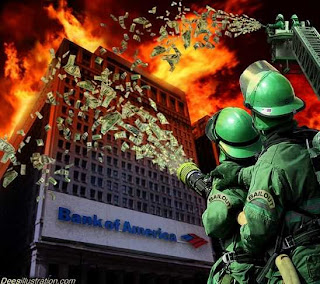 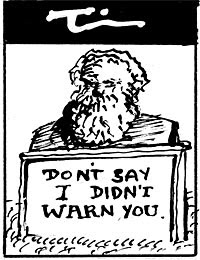 When the bubble burst: -
SHYAM P.

While some blame the greed of Wall Street investment bankers and the dangers of a totally unregulated system for the current financial crisis, what can't be denied is that lives, and lifestyles, have been suddenly changed across the social spectrum and careers built up over a lifetime have vanished in an instant. Apart from the revised $700 billion bailout plan, can the U.S. government do enough to restore confidence and assuage the trauma?

The real question is: Who is going to compensate the common investors across the world who have lost their wealth in the resultant market meltdown?

The bursting of the speculative bubble in the U.S. housing market has destroyed billions of dollars in investor wealth across the world, crippled the banking system, expunged close to a million jobs…and India has not been spared either. With banks failing by the day, definitely, these are uncertain times for the financial services industry. While many people who have lost their jobs are faced with permanent shrinkage of their lifestyle, others in the industry are going through the trauma of not knowing if and when their turn would come. Who is to blame?
Flashback to year 2003:
Rohit (name changed to protect identity), a good friend of mine and someone who was officially considered to be a genius with an IQ of 150+, graduated from one of the leading IIMs. Rohit managed to make it into the New York Headquarters of the most sought after firm that had arrived on campus for the first time — Lehman Brothers — a top U.S. Investment Bank (then). On joining, he was assigned to Lehman's mortgage securities desk that dealt with Collateralised Debt obligations (or CDOs).
Following is an extracted transcript of a chat session I had with Rohit back in 2004:
Me: So man, you must feel like you are on top of the world.
Rohit: Yes dude, the job here is amazing, I get to interact with people around the world, investment managers who want to invest millions of dollars
Me: Great…so tell me something interesting. What's your job all about?
Rohit: You know there is a great demand for American home loans, which we buy from the U.S. banks. We then convert these into what is called as CDOs (Collateralised Debt Obligations). In plain English, this refers to buying home loans that banks had already issued to customers, cutting them into smaller pieces, packaging the pieces based on return (interest rate), value, tenure (duration of the loans) and selling them to investors across the world after giving it a fancy name, such as "High Grade Structured Credit Enhanced Leverage Fund".
Me: Wow! I would've never guessed that boring home loans could transform into something that sounds so cool!
Rohit: Hahaha…actually we create multiple funds categorised based on the nature of the CDO packages they contain and investors can buy shares in any of these funds (almost like mutual funds…but called Structured Investment Vehicles or SIVs)
Me: Dude, you make your job sound like a meat shop…chopping and packaging. So, in effect when an investor purchases the CDOs (or the fund containing the CDOs), he is expected to receive a share of the monthly EMI paid by the actual guys who have taken the underlying home loans?
Rohit: Exactly, the banks from whom we purchased these home loans send us a monthly cheque, which we in turn distribute to the investors in our funds
Me: Why do the banks sell these home loans to you guys?
Rohit: Because we allow them to keep a significant portion of the interest rate charged on the home loans and we pay them upfront cash, which they can use to issue more home loans. Otherwise home loans go on for 20-30 years and it would take a long time for the bank to recover its money.
Me: And, why does Lehman buy these loans?
Rohit: Because we get a fat commission when we convert the loans into CDOs and sell it to investors.
Me: Who are these investors?
Rohit: They include everyone from pension funds in Japan to Life Insurance companies in Finland .
Me: But tell me, why are these funds so interested in purchasing American home loans?
Rohit: Well, these guys are typically interested in U.S. Govt. bonds (considered to be the safest in the world). But unfortunately, Mr. Alan Greenspan (head of Federal Reserve Bank, similar to RBI in India ) has reduced the interest rate to nearly 1 per cent to perk up the economy after the dotcom crash 9/11attacks. This has left many funds looking for alternative investments that can give them higher returns. Home loans are ideal because they offer 4-6 per cent interest rate.
Me: Wait, aren't home loans more risky than U.S Bonds?