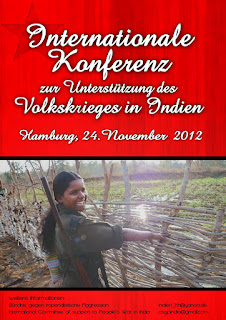 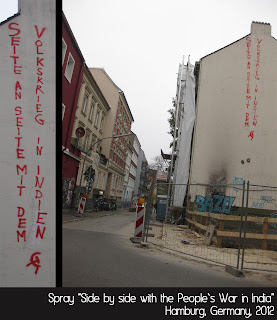 Internationalist gathers in Hamburg in Support of the People’s War in India
On the 24th of November the International Conference in Support of the People`s War in India took place in the city of Hamburg, Germany. Following the joint Call of the International Committee to Support of the People`s War in India and the Hamburg based League against Imperialist Aggression, internationalists form different parts of the world came together to exchange views on who to develop the international work in support of the struggle of the Indian people against imperialism, semi-feudalism and bureaucratic capitalism. Delegations, organizations and individuals from Afghanistan, Austria, Brazil, Canada, Columbia, France, Germany, Holland, Iran, Italy, Kurdistan, Norway, Palestine, Peru, Philippines, Spain, Sri Lanka, Sweden, Switzerland, Turkey, the United Kingdom and many other countries participated in the Conference. Some 300 hundred persons attended the event.
Communist Parties, revolutionary mass-organizations, revolutionary youth organizations and solidarity and anti-imperialist organizations from all corners of the world made statements of support to the Indian comrades. From many countries from where comrades and friends of the Indian Maoists were not able to attend with a delegation sent messages of support. A list of the participating Parties and Organizations and all the speeches and messages will be published in the upcoming days on the website of the Conference: www.indienkonferenz.tk
On the same webpage pictures from the Conference as well as information of the preparatory campaign – including the official video of mobilization, the graffiti paintings, posters and so forth – can be seen.
The Conference also contained a cultural program with music groups preformed Swedish folk music, German Rap and Revolutionary songs in Turkish, all in a profound anti-imperialist spirit.
An important statement was made by a Palestinian comrade, who pointed out who the struggle of the Indian people are linked to the resistance against the murderous Zionist Occupiers and their Yankee-imperialist masters. At the end of the speak slogans in support of the heroic Palestinian people resounded the hall. The organizers of the Conference stated a strong condemnation of the barbaric attacks on the population of Gaza.
Another important feature of the Conference was the great number of youth who participated, not only as participants but also as part of the organizing structures. This aspect, together with the truly internationalist character of the event, gave it a very vivid and dynamic character.
After the official part of the program delegates and participants continued to celebrate and long into the night revolutionary songs in many different languages and anti-imperialist, militant antifascist and communist slogans made the tune of a rejoicing feast of internationalism.
As a result of the Conference concrete steps have been made in the Coordination of the forces who support the People`s War in India. This without a doubt will have very real impact on the international work and lead to a stronger international campaign.
When we wrote the Call to the Conference we stated that we wanted it to be a vivid expression of proletarian internationalism. It was. Form the Hamburg Conference sounds a cry that says:
We stand with our comrades in India!Victory to the People`s War!
International Committee to Support the People`s War in India
League against Imperialist Aggression (Hamburg, Germany)
26th November 2012
Pressrelease and Photos from the Conference
பதிந்தவர் : Kalaiyarasan at Tuesday, November 27, 2012 No comments:

"I have recently finished an independent documentary, The Zionist Story, in which I aim to present not just the history of the Israeli/Palestinian conflict, but also the core reason for it: the Zionist ideology, its goals (past and present) and its firm grip not only on Israeli society, but also, increasingly, on the perception of Middle East issues in Western democracies. These concepts have already been demonstrated in the excellent 'Occupation 101′ documentary made by Abdallah Omeish and Sufyan Omeish, but in my documentary I approach the subject from the perspective of an Israeli, ex-reserve soldier and someone who has spent his entire life in the shadow of Zionism. I hope you can find a moment to watch The Zionist Story and, if you like it, please feel free to share it with others. (As both the documentary and the archived footage used are for educational purposes only, the film can be freely distributed). I have made this documentary entirely by myself, with virtually no budget, although doing my best to achieve high professional standard, and I hope that this 'home-spun' production will be of interest to viewers." - Ronen Berelovich. 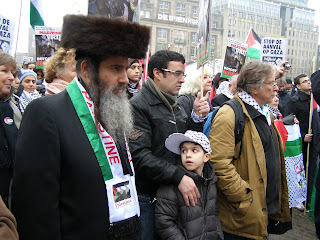 Rabbi Josef Antebi exposing Zionists, even after being tortured by them! 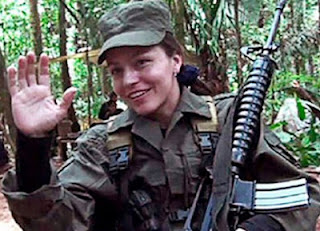 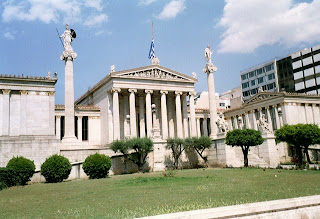 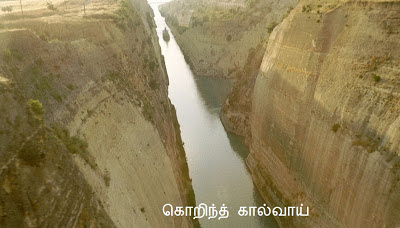 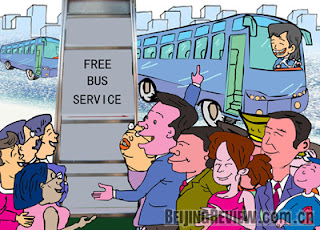